Showing posts from March, 2009
Show All

I've created a group on the network Facebook, where I'll encourage everyone interested in this blog to join. There I'll be posting news and updates. http://www.facebook.com/group.php?gid=53287556938 So please look up "The International Historical Organ Recording Collection" and join the group. Best regards, Lars.
Post a Comment
Read more 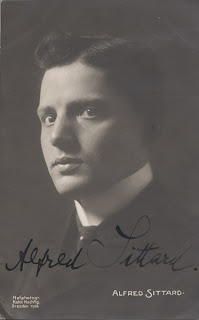 Alfred Sittard was born in Stuttgart in 1878. He studied in Cologne under F. W. Franke and became organist at Dresden Kreuzkirche in 1903, then in 1912 organist at the Michaeliskirche in Hamburg. In 1925 he became professor of organ studies at Universität der Künste in Berlin, where he died in 1942. In his lifetime he was considered one of the foremost organ virtuosos in Germany, which these recordings clearly show. Due to his influence through his teaching post in Berlin, he is a direct connection to the Berlin Organ School of the late 19th century and early 20th century among others like Max Reger and Karl Straube. The solo recordings were recorded from 1928 to 1932. The first six tracks were recorded in Alten Garnisonkirche in Berlin and the others were recorded at the Walcker organ in Michaeliskirche in Hamburg. Alfred Sittard was involved in the construction of this 163 stop organ in 1912.The organ was heavily damaged during the Second World War and in 1962 the organ company Stei
4 comments
Read more 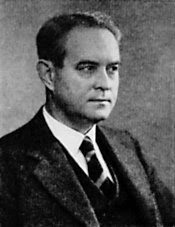 Cathedral Organist Niels Otto Raasted might need a little introduction to non-Danish organists. The danish organist Niels Otto Raasted (1888-1966) was one of the leading – if controversial – church musicians of his time. After studies in Leipzig with Karl Straube and Max Reger he was appointed organist at the Church of Our Lady in Odense in 1915-24 and Cathedral Organist in Copenhagen in 1924-58, where he started the tradition of broadcast morning services. In 1925 he founded the Bach Society, and he was chairman of the composers’ rights organization KODA in 1937-64. He was moreover an active concert organist and organ teacher. As a composer he kept up a high output of works throughout his life, totaling 116 opus numbers, especially organ works (six sonatas in 1917-48), choral music (Mass 1924), hymn tunes, chamber music and orchestral works (three symphonies). In his own lifetime his music was performed frequently, especially in Denmark and Germany. The early works were romantic in
2 comments
Read more
More posts