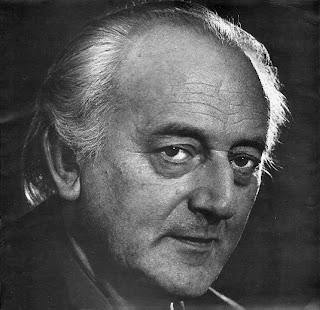 "Forever closely associated with the organ of the Great Church of Maassluis (near Rotterdam) is the name of Feike Asma. In 1927, Asma succeeded his father as organist of the Reformed Church of Den Helder. He played the organ of the Hooglandse Kerk in Leiden from 1933 to 1943, afterward moving to the historical organ of the Lutherian Church in The Hague. Asma served as organist here for a period of 22 years, gracing the services and giving many recitals. In 1965, Asma became organist at Maassluis until his death in 1984, again playing for services and in numerous recitals. In the notes to the last recording issued during his life, Mr Jan Quintus Zwart characterised Osma in these words:


"Over half a century, organ virtuoso Feike Asma has achieved his own place among Dutch organists. While giving so many recitals, he was assured of a large audiences of enthusiastic listeners for his recitals throughout Holland, on large and small organs. But he also played in France, the United States, Canada and South Africa, again attracting large audiences to his recitals."


Asma was a pupil of the legendary organist and historian Jan Zwart. He was a very remarkable person, also due to his very virtuous style of playing. He had many admirers, but he was also received harshly by some critics. Asma, bound to the organ with a deep love for the symphonic orchestra, was the organist who always gave much attention to the large-scale works of the Romantic organ literature. Reger, Liszt, Widor and Franck figured frequently in his programmes, and he also often included some of his own choral music and those of Zwart. As Asma himself once put it: "I'm a man who has the God-given ability of making music, and so I'm glad that I am able to play [for others]." Indeed, this was the foundation of his passion for music and organ playing.(http://www.netreach.net/~druid/LV/FeikeAsma.html)


His approach to the organ is very romantic. The phrasings are bold and long and his choice of registrations always broad with a lot of foundation stops. Since he lived well into both the LP and even the digital age, many of his performances are documented live as well as in “studio”. I’m unsure of the exact time of recording, but they were according to some sources mechanically copied in 1941, which mean that these copies were stamped in 1941 from the master but might in fact be much older. They sound quality is surprisingly poor compared to contemporary recordings. 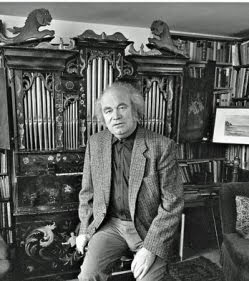 “The Swiss organist, Hans Vollenweider, was brought up in an artistic atmosphere, his father being a well known painter and publisher. He commenced his organ studies when he was 15 with Victor Schlatter and Ernst Isler. In 1936 he took his first organ post at the local church, whilst studying at the Music Academy, Zürich. Three years later he graduated from the Academy with great success and after some recital work studied with Karl Matthaei, a pupil of the great organ virtuoso Karl Straube. In 1943, at the age of 25, Hans Vollenweider took an appointment as church organist in Zürich and soon began to travel extensively both as a virtuoso and as a teacher. He was ranked among the leading organists in Europe. His travels have frequently brought him to this country and in 1961 he went to Michigan University, USA, to hold master-classes. He broadcast and recorded extensively; and divided his time more or less equally between the harpsichord and the organ, and composing - mainly choral and chamber works.. He also held a teaching post in Organ and Harpsichord at the Zürich Music Academy.”(http://www.bach-cantatas.com/Bio/Vollenweider-Hans.htm)


The two recordings presented here could be live recordings. The label says “Holland Festival Recording 1950”, there is an unusual amount of background noise, eg. someone coughing and like the Feike Asma recordings, the sound quality is below the standard of other recordings from the same period. Similar to Feike Asma his style is romantic and the “O Mensch bewein” is beautifully shaped.


Many thanks to Claus Byrith for making these transfers.